The Stages of Team Development – Making Individuals Into Team Members 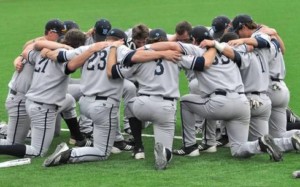 All professional sports teams have a training camp. In baseball, it’s called Spring Training. Years ago, Spring Training was meant to help the players get back into shape after a long winter of sitting around and doing very little activity.

Today, players work out and maintain their physical ability year round; so what is the purpose of Spring Training? One thing that has changed is that, in the off-season, many teams make trades and free agents may decide to go to another team. When you combine this with the players coming up to the big leagues, this creates an influx of new members on a team and the dynamics and continuity of the team changes drastically.

The great Vince Lombardi used to begin every training camp by holding up a football and saying, “Gentlemen, this is a football.” He wanted to get all of the players back on the same page and build the team from common ground.

Whether a professional sports team, your child’s little league team, or a church choir, every team goes through the four stages of team development, or matriculation. The old expression of “teamwork makes the dreams work” is very true. So why don’t we all understand the power of recognizing what stage of the matriculation process our team is currently in and how to move forward?

This theory dates back to 1965 when psychologist Bruce Tuckman wrote a short article, Developmental Sequence In Small Groups and the terms Forming – Storming – Norming – Performing were first used. Several years later, he added a fifth stage, Adjourning. He used these stages to describe the process, or path, teams go through to become successful and high performing.

So let’s take a look at each stage of the matriculation process to make your team a successful, high performing team.

Forming: Usually a very short stage in relation to the overall process, this stage is the true foundation for any team. This is the stage where members will ask lots of questions about how the team will work, who is responsible for what, and a lot of “Why are we doing this?”

In this stage, it is critical for the leader to be involved and help the team define the ground rules and set expectations. Ground rules are specific rules for your team and can vary from team to team within an organization. The team expectations are crucial for the team to know what direction they are headed and what the overall goals are.

Storming: Instead of questions, members will now begin to challenge you, the leader, as they jostle for position. Additionally, members will begin to make demands on the team in general. Arguments will ensue as the team fails in some tasks. The process is a roller coaster of emotions for the leaders as well the team members.

Norming: Now that team members are beginning to understand the personalities and the behaviors of each other, they begin to truly know each other. This is the stage at which a team begins to identify itself as a team rather than a group of people who happen to be working on the same project together. Here they start to recognize the “we” instead of the “I” on the team. They may not always agree on things, but the differences are handled differently – they agree to disagree with each other and move on.

In the norming stage, employee engagement increases as employees actually begin to socialize with each other outside of the workplace , be able to ask for help on projects without feeling inferior, and realize that they can provide effective feedback without feeling like they will be considered a “know it all.”

It is not uncommon for a team to spend a significant amount of time in this phase. In fact, they will likely go back and forth between norming and storming on different projects depending on who is actively engaged on the project.

Performing: As the team moves into the preforming stage, the long hard work begins to pay-off as the team begins to believe in their own strategic vision, core values, beliefs, and ultimately, the goal that was spearheaded early on.

Don’t get me wrong, there is still a lot of very hard work to be done and, in many cases, the stress can actually increase. The best part is that team members embrace all of it and the team’s morale, continuity, and belief in each other all increase dramatically. I usually sum up the performing stage by saying there are really two words that describe this phase: “rewarding” and “fun.”

After the team has progressed through the four stages of team development, and reached their goals, the team is often disbanded and members go back to their primary duties. Or someone may be promoted to another team as leader. Regardless, sometimes there is a time for the team to adjourn.

In this final phase, it is not uncommon for members to actually mourn the team they worked so hard to make successful. In this unique phase, the leader plays a vital role in allowing the team to ensure everyone that they are doing the right thing and that everyone is valued greatly. It is also critical for the team to be recognized for their outstanding achievements and accomplishments.

Leadership strategies to employ during the stages of team development

Forming – Help the team to establish objectives early. Be sure to include having the team forge their own set of team core values and possibly a mission and vision statement.

Storming – Establish a core structure for the work. Employees may not realize how critical a structured environment is until they realize the benefits. Always provide support, especially for those members who may be less secure in the process. I am often amazed at the number of people who have not seen the matriculation process before, so I encourage leaders to share the stages with the team. This helps with team morale, employee engagement, and employee retention.

Norming – Begin to take a step back and let the team move forward on their own – even if it means they make a mistake or two. Let them develop their own conflict resolution skills and become self-assertive. It is a great idea to form a team event outside of the realm of the project or work. Here, employees get to know each other on a personal basis and trust is amplified.

Performing – This is the best and, sometimes, most difficult stage for the leader. The leader needs to be hands-off and, in essence, be there for the team mostly to provide a sense of motivation and to act as a resource. If the leader is involved too much, they can send the team backwards in the matriculation process.

Adjourning – Celebrate the team’s successes with everyone and recognize individuals for their ability to engage as a team.

At the end of the forming stage (although it can be incredibly beneficial at any stage) many leaders often utilize a tool such as DiSC® behavioral styles or Myers-Briggs ™ personality profiles as a way to help everyone get to know each other and recognize how they are all different. These two profiles are very powerful and measure two different aspects of human involvement.

Additionally, throughout the process, a great leader

Today, Spring Training for baseball is as much about getting the team together as it is about getting players in better physical shape. How much time does your organization spend getting their teams in shape compared to the time spent developing technical skills? Always remember that teams are created because an effective group who supports and respects each other can accomplish far more than a single person or group of individuals who happen to work together ever could.