Company Cultures Are Contagious – Is Your Team Culture Worth Catching?

Previous Next
Company Cultures Are Contagious – Is Your Team Culture Worth Catching? 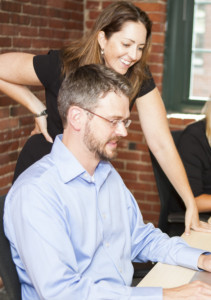 Josh was freshly hired as a tech support analyst to work on the help desk. He had a unique specialty that the company desperately needed and he was excited to be with this organization.

He came from a much smaller company where everyone knew each other and helped each other, regardless of what needed to be done. This included cleaning up the office and planning the department picnic. This new position meant a significant increase salary and included a great benefits package.

As with any new hire, there is a ‘honeymoon’ period where the employee gets to know both the people on the team and the organization as a whole. In this case, the honeymoon was over in about eight weeks when the company’s wireless interface with the printers went down the day before a proposal was due. While this was not Josh’s area of expertise he wanted to jump in and help in any way he could. Karlyn would have nothing to do with that. This was her job and she did not allow anyone to help. When Josh asked Vicki why this was the case, she said that is just the way Karlyn is.

As time went on, this seemed to be the way the entire help desk operated – in silos – something that Josh was not used to. Josh quickly became disillusioned with the idea of working for a large organization and before long he had developed the same mentality of working by himself. The department’s culture of working in silos was caught, and adopted, by Josh.

Today, ‘Company Culture’ has become a buzz word and many companies are using it to motivate and change employee behavior. Merriam Webster’s dictionary defines the word ‘culture’ as; the beliefs, customs, arts, etc., of a particular society, group, place or time.

The fact is that every company has a culture. The question becomes, is your company’s culture one that is worth catching or not? In the example of Josh’s new company, it was not.

How, then, do we create a culture that is worth catching? After all, a great company culture will become a unique selling point for the company or organization. For example, look at the cultures of Google, Southwest Airlines, Nordstrom department stores, Marriott hotels, and if you are on the west coast In-and-Out Burger. They all have a winning culture. While it is a fact that the true culture starts at the top of every organization, even the smallest of teams can create a winning culture. Here are four quick and simple steps to doing just that.

When you create a culture that engages everyone on the team, your team can influence the entire organization and even become one of those places where everyone else wants to work.

By the way, Josh stayed with the new company for less than a year. He decided it was more important to work somewhere with a winning culture and people he enjoys working with, even if it means that he earned a little less money.

Company cultures are contagious. Is yours worth catching? I hope so.