In 2007, Jennifer was laid off from her position as an administrative assistant. She knew the company was struggling and took it in stride. She was out of work for almost six weeks when she was offered a long-term temporary position that lasted about a year. Jennifer continued to search for full-time employment and took whatever she could to pay the bills. She was never out of work for more than 12 weeks and kept her attitude in check.

In the spring of 2010, Jennifer secured a full-time position. She was happy to not have to be in the temporary environment any longer and felt secure once again. After five months on the job, however, Jennifer was totally bored. She was working and getting paid, but she had no idea what she was doing. She had received absolutely no performance feedback from her supervisors and virtually no direction on what she should be doing. This was not for a lack of effort on Jennifer’s part. She continually asked for specific training and guidance to improve her performance and help the company.

What is the likelihood that Jennifer would stay with this company if another opportunity presented itself? 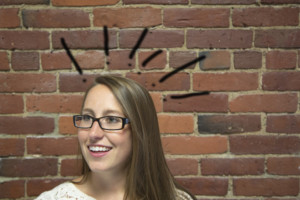 We have known for years that one of the top reasons employees leave an organization is that they have a poor relationship with either a co-worker or, as is often the case, their immediate supervisor, followed closely by a feeling of not being challenged or respected at work.

A survey conducted by Kelton Research produced some very interesting results. The survey found that 68 percent of employees had not received ‘useful’ feedback from their employers and an astonishing 82 percent had yet to establish their career goals with their immediate supervisors. The survey went on to say that an unbelievable 53 percent of those interviewed had no clear understanding of their role on the team.

Many employers are missing the boat and overlooking some incredibly simply answers that can easily improve employee morale and loyalty. When employees in the survey were asked what small token of appreciation they would like for sticking with their organization, one-third of those interviewed asked for proper training.

Ironically, training – shown to be critical to employee success, retention, and a strong team culture – is often one of the first areas cut during times of economic stress. Why? Because training is one of those areas that is difficult to show a good ROI (return on investment) to the bottom line. This is why top companies, year after year, invest in training for their employees.

While many employers take the time to train employees on job-specific skills, they really drop the ball when it comes to the non-specific skills. The airline industry made a drastic change some years ago when they began training on what the industry calls ‘soft skills.’ What they found was that employee retention improved and many of the smaller challenges and customer service issues that had plagued them for years went away.

How do you measure the ROI of a training program? You won’t see an immediate reduction in safety reports as a result of a new safety program and training. It’s not like a sales representative’s performance, with an immediate return on how much he or she sells.

Let’s go back to Jennifer from the beginning of this article. Jennifer is working and making her mortgage payments. For the time being she is doing well. But she is actively looking for something that can challenge her, help her identify herself on the team, and that she will look forward to every day.

What about your organization? Are your people excited to come to work every day? Do they deliver exceptional service and attitude every day? Do they know their roles on the team and, more importantly, do they fulfill that role exceptionally well? Are they receiving proper feedback, not just telling them when they do a good job or when they have done poorly? Do you provide feedback on their performance and the processes that they affect and allow them to grow?

Let’s face it, if they help you grow you have a much higher chance of keeping them. If this is not being done in your organization, then don’t blame them when they leave. Instead, take a moment to let your team members know that you appreciate them by providing them with proper, constructive, and supportive training and feedback.