When the team has a vision statement, it becomes the context for decision making at all levels of the team. This is critical in the development of mutual accountability, a vital area of teamwork. 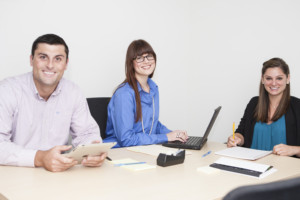 Ted’s project management team had a vision statement for a couple of years and, while they had it on their security access badge, no one could recite the statement much less explain what it truly meant. When Susan became the new leader of the project team, she read the vision statement and thought it was nice but, when she found no one knew it, she had an idea. After taking a few weeks to learn about the members of her new team, Susan invited Ted into the office and asked if he was interested in taking the lead on a special project. He responded with a confident, “Yes.”

Susan briefed Ted on what he would do and why she chose him. Susan told Ted she wanted someone the team could relate to and not feel uncomfortable with, since she was the “new boss.” Susan outlined to Ted the following steps for developing a powerful and sustainable vision statement:

In essence, this is a brain storming session. This is where those who are more outgoing may need to be tamed slightly or encouraged to help bring out responses from those who are less outgoing. A key point is not to evaluate any of the ideas that come up. Just write them all down and move on to the second step.

Now, getting a vision statement is great and, while it is a significant step in the teaming process, it is not enough to just have a vision statement. The real secret to the process is to have the statement become second nature for everyone. This may mean that you have to read it regularly at staff meetings. Recognize anyone demonstrating the vision through the workday. Also address those occasions when the team is not working towards the vision.

As her team’s leader, Susan was even able to use their team’s vision statement in performance evaluations and it helped in getting everyone to hold each other accountable for their actions. Remember, if the vision statement is used and recognized, it will become the context for decisions made by team members. Then, when poor decisions happen (and they will), always remember that it is about what goes wrong and not who messes up.