Previous Next
The Real Cost of Bad Hiring Practices 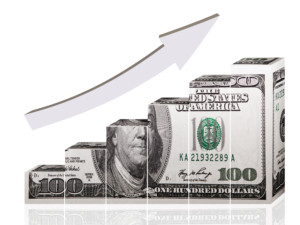 Ryan was a newly appointed second-level manager with a health care company. His department focused on building quality internal IT customer service. While Ryan had an eye for talent, his interview questions for potential new hires were lackadaisical, at best. He would start off with simple questions and eventually work his way up to the technical questions.

During Ryan’s interview with Sharon, she seemed extremely professional and had a good track record at her previous company where she worked to solve complex issues for a variety of platforms. Her resume read like an expert on a variety of levels. She seemed to have a direct, no-frills approach to solving problems. Ryan ended up hiring her on the spot, a gut reaction.

Shortly after Sharon started the trouble began. Have you ever hired someone you believed was going to be great and then find out you hired their evil twin?

Regardless of the industry, almost anyone in management will agree that you typically find out that an employee is going to fail from the other people on the team. In this case, Ryan heard things like, “Sharon just doesn’t get what we do,” and, “She knows a variety of platforms, but she can’t seem to grasp ours and it is easier than the others.”

Where did Ryan go wrong?

Did he simply misjudge her skills? Did he drop her into a position she was not ready for? Were his interviewing tactics flawed? Did he simply fail to onboard Sharon effectively? Naturally, after a few months of hearing about her miscues, Ryan knew that Sharon simply could not perform as he had planned. He went through his company’s employee termination process and let Sharon go.

As Ryan reflected on his situation, he realized that part of the issue was that, while he had a great eye for talented people, he was not great at onboarding them effectively. Most first and second-level managers think that onboarding is just filling out all of the appropriate paperwork. Nothing could be further from the truth.

Onboarding actually begins during the interview. Ryan needed to not only recognize Sharon’s talent, he needed to understand her natural style for learning and developing. In this case, failing to understand Sharon’s unique style became a hiring mistake.

What is the real cost of bad hiring practices?

According to The Undercover Recruiter the real cost of onboarding an employee is in excess of $200,000. Now, if this new hire fails to work out, the cost of the bad hire increases substantially when other costs, such as severance pay, compensation packages, and potential legal fees are added to the total cost. In other words, how you hire is as vital as who you hire.

Recruiting isn’t just a function of recruiters and human resources. A vital part of hiring involves the hiring manager and, in many cases, the actual members of the team. Naturally, this cost is difficult to measure. How much does it cost for an IT manager to set aside a specific amount of time for themselves and a couple of members of the team to conduct one, two, or possibly three interviews? A good rule of thumb is to budget for 15-20 man-hours for this type of interview process.

Another factor to consider is the increasing cost of recruiting tools. Today, more and more companies are utilizing hiring assessments that have been validated to specific positions. While the cost of these assessments varies, they are proving to be a valid and valuable tool in the hiring decision process. In many cases, they help managers ask the right questions during the interview process.

According to a recent Career Builder survey, thirty-eight percent of companies surveyed indicated that they had hired bad employees simply because they needed to fill the position quickly. More astounding was the fact that 41 percent said that a bad hire in the last 12 months cost them at least $25,000.

Is there a better way?

While many companies have their own system that works for them, others use a ranking system. Many organizations follow the principals from chapter three of Jim Collins’ best-selling book, “Good to Great”, ‘First Who Then What’.

Here are three quick and easy tips to help you