Most of us have a pretty clear idea of what a team is, so let’s take a look at what they are not by addressing some myths about effective teams and team development. 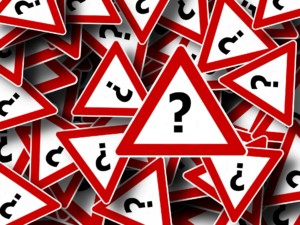 Some of these myths may surprise you, but they will definitely give you pause for thought. There is just as much misinformation as there is information about what makes an effective team. I have assembled some the top team development myths here. These myths can create a gap that may prevent team cohesion. Remember, the goal is to have everyone pointed in the same direction, knowing their roles, and committed to an outcome that benefits the whole team and, ultimately, the organization.

Myth #1: Teams are always self-directed
Teams are not automatically self-directed. Teams can become self-directed. Sometimes, teams are given their orders and have a defined purpose for a short amount of time. They have a task, they are given the parameters, and they get to work. Many committees are teams with a specific expected outcome. They are not necessarily self-directed, as they may take their orders externally. Another example is a jury. This is a short-term team. Even though they pick a foreman as a leader, they are often given a specific task and parameters by the judge, even though the judge has no part in the deliberations.

Myth #2: Work Team participation can be mandated
Ever try to get a cat to play fetch? It is an exercise in futility. Here is a lesson for leaders – you cannot make anyone do anything they don’t want to do. As a team member, a leader may ask you do something, or insist that you do it, but we all have a choice. There may be reasons that you do not agree with a mandate, but as a team member, you must remember to handle each situation with respect. Sometimes, a team works best when members are allowed to work the way they work best. This may mean that they work from home part of the time. Some teams need a more hands-on approach, while others do better with a leader that supports rather than directs.

Myth #3: Employees want to always be empowered and to work as teams
Do you remember the first time you were asked to work in a group in school? What was that experience like? Were you a leader or just a member of the group? More importantly, what was the experience like for you? Some people just like to work alone and do not enjoy working on a team. They do not feel empowered by working on a team, and in some cases, they hate it. If there are a number of people on your team that don’t enjoy working in a team environment, this could be disastrous.

Myth #4: Every team decision requires a consensus
As we’ve discussed, the captain of the ship must make many of the decisions. In a team, some decisions may be left to the team members themselves. Some of these decisions do not require consensus. I doubt my father looked to the entire crew to decide what was going to be on the menu for dinner on the hospital ship. He may have asked other people in the kitchen, and they would go with a majority rules type of decision making. Most of the time, someone in a group will not be happy with a particular decision, but that person still has a responsibility to support the team and respect the leadership.

Myth #5: Work teams are free or cheap
When was the last time anything worth having was free? A work team’s value lies not in their salary, but in the outcome they produce.

Myth #6: Work teams always produce error-free work
Here again is the adage about only being as strong as your weakest link. A poorly organized, unmotivated team will not produce anything but errors. It is vital to remember that teams are comprised
of people and people will make mistakes. Great teams focus on what went wrong, not who messed up, and quickly move beyond the past to focus on the future. You cannot change the past; you can only alter your course for the future.

Myth #7: Work teams are new
The idea of a work team has existed since we were hunter-gatherers, but not exactly in the way it is used in companies today. The idea of teams can be traced back to the late 1920s. There was a series of
studies called The Hawthorne Studies, in which workers were faced with different conditions. What the research showed was that work teams increased production and worker interaction. They found that the most significant factors in these teams were:

Elton Mayo, who was one of the researchers on The Hawthorne Studies, developed a list of factors that helped to create an effective work team. These factors are still relevant today:

These findings have spurred some companies to seriously consider the idea of grouping their employees into effective work teams and, to this day, they are still important considerations for human resource developers.