Previous Next
The Four Traits of Effective Team Members

Through my work with teams over the last 20 years, both in workshops and presentations, there are four traits that I have found to be consistent with effective team members. None of us can be everything all the time. When we have an idea, or even a person, to model ourselves after, it makes the process of becoming effective team members much easier.

Trait 1: Effective team members learn to put the team before their own personal agendas.

In basketball, Dennis Rodman was considered by many to be an excellent defender. In his early years, he was not necessarily considered a great team player. When he got to Chicago and played under Phil Jackson with Michael Jordan and Scottie Pippen, everybody knew their role on the team and everyone on the team could achieve great things. As an individual, Dennis Rodman was very flamboyant and even made public appearances in a wedding dress. While on the court, however, he set aside his individuality and was all about the team.

In 2005, Jerry Colangelo became involved with USA Basketball. At that time, the team had not won a major international competition since 2000. He confidently rebuilt the program, gaining involvement from some of the NBA’s top players as well as some highly respected coaches. One of his main focuses of the rebuilding process was making sure that the team’s players were committed to the team. He knew that a cohesive team, one that played together on a regular basis, would be better than having players joining and leaving the team. He made each player commit to a three-year contract with the team when they signed on to demonstrate their commitment. From when he took over in 2005 through 2014, USA Basketball had a 75 – 1 record, amassing an astonishing .987 winning percentage, including gold medals at FIBA International competitions. Additionally, the team won Gold at the Beijing 2008 and London 2012 Olympics.

Trait 2: Effective team members are willing to volunteer for new assignments and tasks. 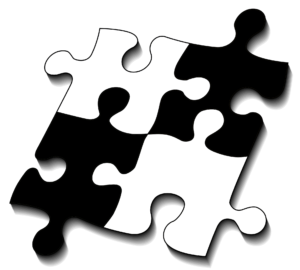 Today, the average person will work in seven different careers during a lifetime. They may have dozens of jobs within those careers. The days of working at one company like our fathers and grandfathers did and getting a gold watch after thirty or forty years are long gone. To make yourself and your team more valuable, it is beneficial to volunteer for new assignments. Remember, if you continually grow, your team will as well. By volunteering for more assignments, you make yourself more valuable to the team and yourself. This does not mean you should volunteer for every assignment. You must be conscientious about what you volunteer for. Remember, you don’t want to burn yourself out.

Trait 3: Effective team members are willing to modify their views to reach a team consensus.

In order to gain commitment in the team, team members must be willing to modify their view, reach a team consensus, and achieve buy-in. Assume for a moment that you and Susan have worked together and built a strong level of vulnerability trust. During the process of working together, you and Susan have had differing opinions about how to do some things. It is important that you both feel your voices are heard and that everybody has listened. After you have both shared your views, and the team goes with your approach, then it is easy for Susan to buy in and be willing to modify her view.

On the other hand, if you had not had conflict around ideas but had just started bantering, and your view was accepted and Susan’s was not, she may conform; however, because she did not truly buy in, she may subconsciously sabotage the project.

I once attended a meeting for a local association. One of the things on the agenda was whether to give the board the ability to raise dues for our membership from two percent a year to five percent a year. Going into the meeting, I was opposed to the idea. “No, I don’t like that,” I said. “I don’t have a problem if we need the five percent, but I do have a problem giving the board “carte blanche” the ability to raise those dues.”

In an open discussion, we had some very good conversation. While I was not a hundred percent in favor of it, I understood where they were coming from, and I felt my concern was heard. The vote passed, and because I felt that my voice was heard, I supported their decision 100%.

Trait 4: Effective team members are open to new ideas for the ultimate benefit of the team.

How many workplaces today have people who have great ideas?

All of them, right?

In some places, team members are afraid to offer their ideas because they’re concerned they are going to be shot down by someone else. To ensure that the team is effective, everybody has to be open to new ways of doing things. Steve Jobs was brilliant at getting us to buy things we didn’t know we needed. You’ve got to be open to new ideas because they will often help the whole team. You cannot be a team member with blinders on. It is not enough to sit in your office or cubicle with your head down and expect to be an effective team member. You must be aware of both what is going on around you and the people around you. For more introverted individuals, this can be a little intimidating, but with some practice and trust, anyone can come out of their shell and be an active member of a team.