Every Team Has a Leader …

Previous Next
Every Team Has a Leader …

… and it is not always the person in charge. In fact, each of us is a leader in our own way. We may lead a team of people at work, a group of friends, a volunteer group, our families, and of course we lead ourselves every day. The fact is that we are all leaders in some form or fashion. Regardless of how large or small our sphere of influence is, if we work to improve our leadership abilities our sphere of influence will grow. 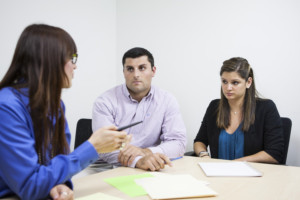 In business, why do most leaders get their first leadership position? In many cases, it is because they performed their previous duties well and someone believed they possessed leadership skills. I know that was the case with my first leadership position; and let me tell you how wrong everyone was. I was nowhere near ready for leading a team at that time. Over the years, I have studied and learned much about the difference between being a bad leader and being a good leader. Some lessons I learned the hard way, through trial and error, followed by the humility that comes from overcoming those mistakes. With my observations, I found several traits that I believe are necessary for someone to be what I consider a true leader:.

True leaders know who they are and what they stand for. They know and live their values and the rules they will abide by, regardless of the circumstances they face. The idea of living by the values simply makes decisions easier. This helps the leader and the team understand the values and what everyone is committed to, which sets the foundation for the rules everyone is expected to adhere to. True leaders both know and communicate their values openly with the people they lead, creating an atmosphere of trust, respect and certainty.

We all have room to improve as leaders, but our ultimate goal should be the same: To be leaders who are loved, admired, and respected by the people we lead as we motivate and inspire those people to achieve their full potential.

Image courtesy of The Gold Guys