Teamwork in the Workplace – Communicating Effectively

Previous Next
Teamwork in the Workplace – Communicating Effectively

Let’s explore some strategies and shortcuts for communicating more effectively with your teammates, including your team leader. These strategies can also be effective with customers and vendors. In short, these strategies work with virtually everyone you come in contact and do business with.

The Three V’s of Communication

The Three V’s represent the different ways in which we communicate with one another.

We use each of these three V’s in every communication, in different proportions.

1. Verbal – Verbal is the way most of us think about communicating. It is simply the words we choose. Some words can incite cooperation, while other words can be what some might call “fightin’ words.” The words we use are very, very important. The greatest mistake people make is speaking (or hitting “send”) before they really consider the words they are choosing to communicate.Taking a pause before we speak or write can save us loads of regret and backtracking. We can express what we are feeling with words without using them as weapons.

2. Vocal – Vocal is about how we use the tonality of our voices. There are three parts of vocal communication that I refer to as the three P’s: 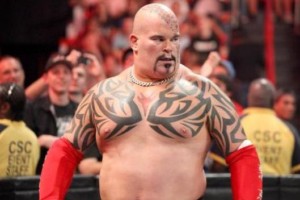 3. Visual – The visual component is your eye contact, body language and other nonverbal vocal skills, such as the way you use your hand gestures and things of that nature.

While the visual component is partially influenced by the way people dress, that is only part of the equation. In my workshops, I’ll sometimes do something where I’ll say, “Imagine that instead of coming in business or business casual attire, I had a pair of jeans that were ripped at both knees and two sizes too big, and I was wearing a tie-dyed t-shirt. Imagine my hair was long and pulled into a ponytail, and from its appearance, it had not been washed in a day or two. In addition, I am sporting an earring, lip ring, nose ring, brow ring, and maybe a few other rings that we won’t discuss. Imagine that I haven’t shaved in three or four days. I have a tattoo of a giant dragon’s tail that starts on the back of my neck and goes down my right arm.”

I then ask participants how they would feel if I came in dressed like this, and about 70-80% of the people say, “I’m out of here.” A smaller percentage of people say that they would listen for a little bit and make a decision later. Then a very microscopic percentage says that I must be good in order for their company or organization to bring me in looking like that.

Don’t Judge a Wrestler by his Tattoos

A number of years ago, I met a professional wrestler, Prince Albert (Matt Bloom is a world champion who also went under the moniker of Albert, A-Train, Lord Tensai, Sweet T, and Giant Bernard.) 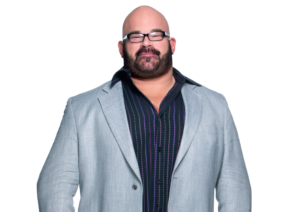 When I met him, I originally had no idea who he was or what he did. I ran into him on a rental car bus at LAX one day. He is a huge man covered in tattoos; he has multiple piercings, and he is pushing 400 pounds. Without knowing him or what he did, my initial thought, looking at him with his tattoos and piercings, was, “Okay, this guy is a little crazy.” I tried hard not to stare or act like I was paying attention to him. After a couple of minutes, I overheard him on his cell phone sounding like a Wall Street executive. Because he was so professionally spoken, I could imagine him wearing a suit and working for a Fortune 500 company. When we got off the bus, I said something to him. He turned around and we started to talk and had the most enjoyable conversation. I told him that I teach people about communication and mentioned how impressed I was by his demeanor and how it made him appear professional, confident, and like someone to be respected.

He thanked me for recognizing that, but admitted that many people don’t get past the visual part. He said he had a master’s degree in education. He taught at a deaf school for a number of years before becoming a professional wrestler. I thought that was really fascinating, and thought about how we judge the book by the cover. In communication with our teams, our colleagues, and our customers, we often have to be very careful about that.