Team Development: Who’s on Your Team?

Previous Next
Team Development: Who’s on Your Team?

Team leaders face an interesting set of challenges when developing their teams – whether they are just getting promoted into a leadership position and must learn the ropes, or they have been in charge of a work team for a while now and notice a dip in motivation or productivity.

An important factor in successful team development is for team leaders to know who their “followers” are – the team members they’re leading. Understanding that each person falls into a general personality type can go a long way toward resolving interpersonal problems and motivating the entire team. 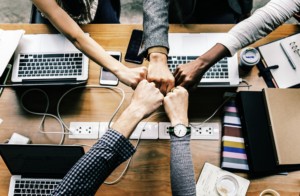 Carnegie Mellon professor Robert E. Kelly, in his 1988 Harvard Business Review article, “In Praise of Followers,” and in his 1992 book, “The Power of Followership,” outlined the differences between ineffective and effective followers, and how team leaders can help employees become effective.

The Five types of followers:

Alienated – Often the team critic, the Alienated follower gets attention by pointing out all of the problems and negative points of the matter at hand. Sometimes perceived as attempting to hijack team leadership with “better ideas,” the person’s self-image is closer to that of Robin Hood, taking on the establishment whose methods they may see as the wrong way to do things. Other team members may perceive them as hostile, uncooperative and even a threat to team leadership.

Conformist – This is the classic “yes man,” the Dwight Schrute of the team, following a leader’s directives to the letter. While the Conformist follower tends to reflect a leader’s personal directives, his or her almost zealous enforcement of those directives can create difficulty with others on the team.

Pragmatist – This type of follower can be the most difficult to identify. The Pragmatist tends to keep his or her head down and tries to be seen as someone who won’t rock the boat. Because they’re meeting their goals, they may be perceived as strong team players – when in fact, they may not be focused on the overall team objective, and their results, when taken as a whole, tend to be mediocre.

Passive – For many Passive followers, “proactive” is not a word in their vocabulary. For the team leader, that means increased frustration as this type of follower needs almost constant supervision. They’ll do the minimum that is necessary, rarely taking initiative or helping to move the team forward toward its objectives.

Exemplary – A leader’s greatest ally is the Exemplary follower. This person keeps the team’s overall objective squarely in mind and influences other members of the team to work toward that objective. He or she tends to be fully honest about the challenges or successes of the team whether talking to other members or to leadership.

Every team has a mixture of these followers – you’ll never find a team that is made up purely of exemplary followers. As a leader it’s important to note these personality types, and to be aware of the team’s style – the method it has developed to work together toward a goal. From there, a leader can more effectively build enthusiasm and motivation within the team to achieve well beyond its goal.