In my earlier posts, I discussed the early and middle stages of a team development process that I call Team Matriculation. As a team forms and becomes familiar with each other and the rules established for it, and after testing the boundaries of those rules, it eventually shifts into the fourth stage of matriculation: Performing. 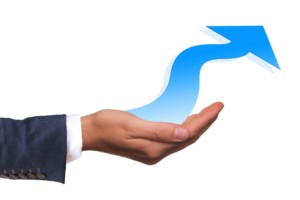 In this stage, the team is clicking on all cylinders. They may be doing ten times the work they were doing when first formed, but despite the higher stress levels and bigger challenges, they’re having fun! The team members are, by and large, happy with the work they’re doing and excited about the challenge in front of them.

Good-natured ribbing may be heard among team members—a noticeable difference from the more stressful squabbles that may have erupted during the Storming phase of team matriculation. And while things aren’t perfect, team members are comfortable with communicating issues to each other and their team leaders and with having conflict around ideas in order to resolve those issues.

In many cases, team leaders find that they can be less “hands-on” at this stage. While it’s still important to remind the team of its purpose and ensure they are moving forward toward goals, many of the day-to-day functions and even certain challenges are tackled by team members.

As a team member or a team leader, take a close look at your team. Have they reached the fourth stage of team matriculation? Is everyone working together and nearing that goal of being an efficient, highly effective team? Or are they still in the Norming stage, or even Storming?

If they’ve reached the Performing stage—that’s awesome. Now, do one more thing: write down the ground rules you established, and some of the ideas and challenges that the team discussed, and how they were dealt with. Keep it as a record of the team-building accomplishment that the members achieved together. It can be inspiring down the road, at times of change, if the team’s structure is disrupted again. It can remind everyone that this team formed, and re-formed, and can re-form again and be successful.