Previous Next
Leadership Development – Taking the Helm of Leadership

Casey received his first leadership position because he was one of the best at actually doing his job. Did that mean he is capable of teaching others how to do their jobs? Not at all!

Leadership challenges are nothing new to most of us. Whether we are leading a team at work, leading our children, or even leading ourselves, we must understand the difference behind leading and following. 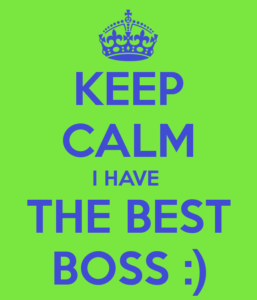 Think, for just a moment, of the best manager you have ever had. How long ago did you last work for this manager? If you answer, “now,” you are a rare breed. Most people surveyed respond with, “years ago.” In some cases, it was more than 50% of their work life ago.

During World War II, Dwight Eisenhower demonstrated leadership in a number of ways. One story talks about how he went to the tent where his troops were mapping out where to cross the river. Eisenhower pointed at a spot on the map and said, “We will cross here.” One of his troops said, “We cannot cross there, Sir.” Eisenhower asked why not. They told him they were not sure how deep the water was. Eisenhower pointed to his dampened pants leg and said, “It is this deep.”

Leadership by example has been, and continues to be, the most successful form of leadership. The concept can take many different forms, but is expressed well with the phrase, “If you’re gonna talk the talk, then you gotta walk the walk.” Are you that type of leader with everyone in your life? If not, why not? Research says that human nature is to please others, rather than taking the point position and leading.

The question remains, are leaders born or are they made? The answer is, both. Some leaders are natural. Others need to learn the art of leadership. I believe that there are many more who need to learn leadership skills than are naturally born with the skills.

There are four major characteristics of leadership development that we must excel at to be effective leaders today:

Your followers will begin to model their leader, and if you possess these traits, then it is likely that they will as well. If you don’t, then likely neither will they.

Let’s go back to your best boss. If you are like most people, you probably marked most of the items on your list as leadership traits. Now, look at your own career. Are you focusing on managerial traits or leadership traits?

If your employees were asked to write down the name of their own best boss ever – would they write down your name? If not, why not?