Alonzo had been working with his health care firm for about five years when he had an idea to improve customer care. He went to his immediate supervisor, Karl, and shared it with him. Karl agreed that the idea sounded intriguing and said that he would look into it.

Alonzo waited as the days turned into weeks and the weeks into months until, finally, almost a year later, he went to Karl and asked about his idea. Karl remembered Alonzo coming to him with the idea and he remembered that he liked the idea. He remembered talking with the management team about it, and that was it. Alonzo’s idea went nowhere.

How does your organization get feedback from your team members? What employee engagement activities does your organization have in place? In Alonzo’s case, there was no mechanism for employee feedback or suggestions that was taken seriously. Many great organizations have exploded with growth because of a simple idea from a front-line employee. It gives credence to the old adage, “Can’t see the forest for the trees.” 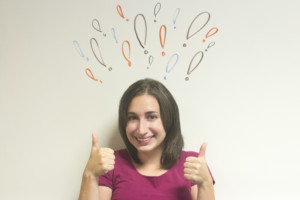 Why is this so often the case? When companies are small and getting started, they tend to be very creative. Then, as the business grows, creativity diminishes. Some organizations brag that they have little or no turnover. While on the surface that appears to be a great thought, not bringing in new people can make an organization stagnant.

Here are four simple ways that any organization can promote positive feedback within your organization:

Whatever method of generating ideas you decide upon, it is even more critical to have a follow-through mechanism in place. Employees need to know if an idea is viable or not, and if not, why not. It is possible that, once faced with new information, they will be able to come up with another new idea.

Now back to Alonzo, he tried one more time to suggest a more effective way to do his job and once again nothing came from it. So he left the company and went to a competitor who embraced his new idea. Alonzo was happy, as was the new company. What can we learn from this , not only for employees, but also for entire organizations? If you’re not growing, you are dying.