Organizational Culture – To Team or Not to Team. That is the Question!

Previous Next
Organizational Culture – To Team or Not to Team. That is the Question!

Christine received her bachelor’s degree in May and was fortunate to land her first job within 45 days of graduating. She was excited to begin the next phase of her life. After just a few months on the job, she recognized that, while her education provided her with a great deal of the technical training she needed; she, along with many of her peers, were all experiencing many of the same challenges, regardless of their major. Colleagues had minimal interaction with others and, in many cases, there was consistent outright bickering between co-workers.

The vast majority of everyone in her new company worked by themselves and, in fact, did not even want to interact with others. They wanted to work alone. Rumors were being spread about colleagues, there was a significant amount of scapegoating, and there had even been numerous verbal workplace confrontations.

Christine reached out to a number of her college friends, who were spread out across the country, and discovered they were experiencing many of the same challenges, even though they worked in a wide array of fields and industries. Did their education miss something? 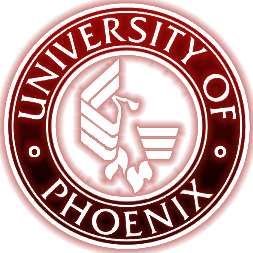 Although Christine graduated in 2014, the challenges she and her friends face has changed little in the last 40 years. A 2013 University of Phoenix national survey revealed that less than 25% of those who worked on a team actually prefer to work on a team, and 36% of those between 18 and 24 would prefer to work alone. Nearly 70% of those who have worked on a team at some point in their career admit they were part of a dysfunctional team.

One of the most challenging reasons for these numbers is attempting to collaborate with such a wide array of personalities. The University of Phoenix study points out that a majority of college graduates say that team-building and collaboration skills should be among the necessary skills for students coming out of school today.

Dr. Bill Pepicello, president of the University of Phoenix, said “Employers and students should expect education to mirror the dynamics in the workplace.” Many graduates today do not receive team or collaboration training until they get into the workforce, if they are fortunate to have an organization that is committed to employee development.

“Teamwork is the ultimate competitive advantage that any company can have.”
~ Gregg Gregory

Take a look at your current employee base and survey your teams to see how many had any type of team building training during their formal education. In my workshops I often take the following informal survey:

What grade were you in when you worked on a project with a least 3 other people and the grade you received was the same grade for everyone on the team?

The majority of my attendees overwhelmingly reply somewhere between sophomore and senior years in high school. A few have even responded that they were in their post graduate years before this took place. Remember, this is not formal team-building; rather it is just getting students to work in a team-based environment. On the other side of the equation, I have had a microscopic few say they had to work on a team-based project in the fourth or fifth grades.

Today’s workplace is one of the most competitive in years and the ultimate advantage any company can have is teamwork. Does your organizational culture focus on enhancing your teams and, ultimately, increasing productivity, morale and employee retention?