“I don’t want to do it.” James folded his arms across his chest and looked away from Claire, who frowned in frustration.

Claire was a talented IT professional who had led three successful teams at her current company. She was now leading her fourth team, a mix of employees she knew well from past projects and new members who she knew mainly from their resumes.

This was just the third team meeting, and she was in the process of team matriculation: getting everyone on the same page and familiar with each other’s skills, handing out task assignments, and focusing the team on the project goals and benchmarks.

She was holding a team-building exercise where each team member wrote one positive and one negative attribute about themselves on a Post-It note and then stuck it on the conference room whiteboard. And James, a new team member who had transferred in from a different division to handle a complicated aspect of the project, was clearly resisting the exercise.

This was frustrating for Claire. Why was James so adamant about not participating? He had been highly recommended by the division vice president. 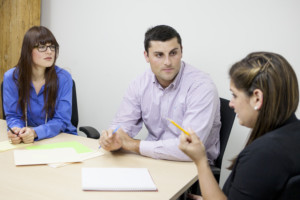 Then she realized that James wasn’t deliberately being a jerk. His arms were folded in a self-protective gesture. He was uncomfortable with the exercise.

As a leader, you want to prime your team for success. How do you accomplish that? Here are four foolproof ways to foster a successful organizational culture:

Know yourself – Are you striving to grow personally as a team leader, or are you slipping into a comfort zone? It’s easy to rest on your laurels if you’re an expert at your job or have several team success stories behind you. Or, are you anxious and irritated, thinking about the future – in a panic zone?

Know your team – Just like you, team members may slip into a comfort zone or a panic zone. Recognize when a team member isn’t in the growth zone and help them move away from negative mindsets that will hinder their career progression.

Give the team a purpose – A purpose is bigger than a single goal. In corporate culture, it’s the reason why the team exists. What is a company’s greatest purpose? How is the team contributing to furthering that purpose?

Give team members room to grow – Like a plant that is in a pot that is too small for it, team members can also feel trapped or unable to be creative or innovate in their roles. Give them the space to grow by allowing them to tackle problems on their own, without constant input from you.

Claire thought it over for a moment. What was it like for James to leave a team he was comfortable with, and join a team where he knew no one? And now his new team leader was asking him to be vulnerable in front of a bunch of strangers.

To build trust with the new team members, she needed to show that being a little bit vulnerable was okay. Claire took a deep breath and said, “You know, I forgot to take my turn at putting up a couple of my attributes. I’ll go first, James.” She placed her own two Post-It notes on the whiteboard and called on two other team members to post theirs. Once she and other team members began revealing their attributes, James relented and added his own notes to the whiteboard.

By recognizing that the new team members were likely well outside their old comfort zones, Claire was able to guide them away from the so-called panic zone toward the place they really needed to be: the growth zone. She was on her way to building yet another successful team.