Leadership Development: Three Types of Team Leaders – Which One Are You?

Previous Next
Leadership Development: Three Types of Team Leaders – Which One Are You?

When leading a team, what’s your leadership style? Are you General Patton, or Ghandi? Or somewhere in between?
Would you believe me if I told you that an effective leader can more than one type?

That’s because there’s a difference between managing and leading, and it’s important to know the difference. Think of it this way: You manage things – timesheets, schedules, reports, etc. – but you lead people. 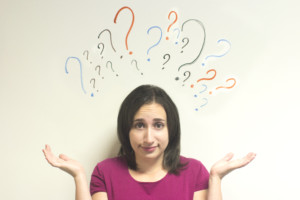 There are 3 main types of leader:

Remember my previous post on team matriculation – the 4-stage process of forming or re-forming a team? In each of those stages, your leadership style must change to address the mood of the team.

The Authoritative leader is most effective during the Forming stage of the matriculation process. You’re setting the team’s direction, ground rules, and overall tone. In some ways, the Authoritative leader emulates General Patton: serious and tough, using positional power to get things done. Team members do what they do because they have to, not because they want to.

However, during the next two stages of matriculation, Storming and Norming, the Authoritative style of leadership is not as effective. A team leader will do better shifting to a Participative style of leadership. With this style, rather than telling team members what to do – “because I said so” – you engage them in the process. At a point in the team’s growth where members are finding their places within the team and how they mesh, getting them engaged and on board with the team’s goals and vision is important.

For example, instead of saying, “John, I want this report done by Friday,” a Participative leader says something like, “John, in the past you did an excellent job with the TPS reports, and I’d like you to take point on developing a more efficient way to get those done each week.”

The third leadership type, Free Reign, is much more hands-off than the first two. This isn’t a leadership type you want to exhibit when a team is first being formed, or when members are going through the inevitable personality clashes and quibbles about who does what. The Free Reign leader works best in the final stage of matriculation, Performing – when the team members know their roles, are comfortable with each other, and can handle most tasks and problems without much direct input from a team leader.

Of course, every leader has his or her own personal style that leans toward one of these three types. Some people are naturally Participative, while others are Authoritative, and a few are happiest in Free Reign mode. It’s important to know your own leadership type so that you can adjust to the changing stages within a team.

On my website’s Bonus page is a self-assessment so you can do just that: find out what kind of leadership style you naturally gravitate to. Download the Natural Leadership Style Assessment PDF here.