Leadership Development – How to Handle Mistakes

Previous Next
Leadership Development – How to Handle Mistakes

Steve was out of the office when Sharon learned of the mistakes she had made on two different cases for Ron and Steve. Sharon immediately went to Ron and told him of the error. Ron blew up and began screaming at Sharon, almost bringing her to tears.

Sharon composed herself and dreaded telling Steve. She knew Steve’s temper was equally explosive. When Steve returned to the office a couple of hours later, Sharon approached him and told him of her mistake. He sat back for a few seconds and said, “Okay, here’s what we can do.” He outlined a plan to correct the problem and they moved forward. Sharon looked at Steve and said, “You’re not upset? You’re not going to yell?” Steve responded, “Yes, I’m upset at the mistake. Mistakes happen. Yelling does not solve the problem.”

Sharon leaned down to Steve, gave him a hug and said thank you. Steve was perplexed, to say the least. A few minutes later, Sharon’s team leader, Angie, came in and told Steve what had happened with Ron. She was pleased with how Steve had handled the problem. 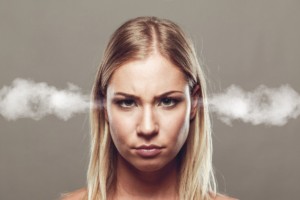 Mistakes are made in our offices every day. Most of these mistakes are non-life threatening, and can be rectified, sometimes quite easily. An important part of leadership development is learning to handle mistakes appropriately and productively. In this case, Ron and Steve had the exact same problem. Yet, they handled it in very different ways. It’s not tough to see that Ron’s approach caused tension within the team and Steve’s kept the work flow moving forward. Who will Sharon prefer to work with in the future?

Take a moment and go through each of these factors and rate yourself and your team on these. Why not take each one of these seven factors and have a brief (less than 10 minutes) discussion about each over the next seven weeks? Awareness is the biggest challenge of any team. The more you can get everyone to talk, the better the progress of your team.