Drawing Out the Fox – A Team Development Strategy

Previous Next
Drawing Out the Fox – A Team Development Strategy

One of the hottest instant-messaging apps for teams these days is a product called Slack. It’s a robust, cloud-based system that allows teams to create private “channels” just for them and their leaders to chat on in a sort of open chat room, keeping the conversation focused on their tasks. It also allows for private messages to be sent between team members.

Anyone who’s used Slack has probably held a multi-user conversation that includes at least one team member throwing out “zingers” to everyone else that are kind of negative.

For example Chris types, “Let’s coordinate who’s going to update the progress sheet for the Mobile App project this week.”

To which Susan replies, “Yeah, because one person shouldn’t always have to do it. It’s unfair that Jerry gets stuck with the update every Thursday. And besides, he’s so bad at it, right? LOL” 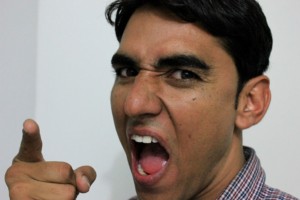 Kind of weird, right? That comment might make a team leader wonder what Susan is saying about Jerry (or about the team leader) in private messaging channels, behind everyone else’s back.

In my book, “One Team One Dream,” I go over several team member personality types. One that we’re all familiar with is the passive-aggressive type.

To explain this behavior, I liken a passive-aggressive team member to a fox. The fox is a nocturnal creature, though you will sometimes glimpse one during the day. If it sees you as well, it will usually run away. It’s typical for a fox to hide and stay out of sight unless it’s hunting its own prey, and then it strikes quickly.

A passive-aggressive team member shows many of the same traits. You may notice them not really speaking up in a meeting, instead voicing their opinion to other team members out of earshot of you. Or maybe they dart around, tossing out innuendos and non-sequiturs to various team members. “Hey Bob, that’s a really nice tie. Did you get it from a thrift store?” A compliment with a zinger on the end of it is a hallmark of the passive-aggressive personality.

Like any other employee, however, this employee isn’t unmanageable. You have to employ a team development strategy to maximize the best traits of this personality type and minimize their less desirable traits.

Susan is an example of an employee who’s aware of the dynamics of the team and fully aware of some issues that need to be addressed, yet who doesn’t know how, or is afraid, to voice her concerns about those issues to the entire team. Her nervousness about speaking up has turned inward and is revealing itself in passive-aggressive zingers.

To catch a fox, you must flush them out into the open. Same thing with passive-aggressive team members who won’t voluntarily speak up about issues that concern them. Coax them to open up about what really concerns them.
For example, you can engage the team member in a meeting. “Susan, the other day I heard you talking about _____. Can you elaborate?”

I know it can be uncomfortable for you to draw out opinions from team members. You may not like what the person has to say. However, engaging employees in a conversation is a good thing, and a successful leader does not fear this type of conversation.

Just remember to stick to the facts during the conversation. An employee may bring up a topic that has caused them some anxiety or bitter feelings. Stand your ground without scolding or talking down to employees – a good way to do this is to ask open-ended questions, rather than make statements. Be patient. Let the employee vent if there’s some anger about an issue. And then have a more open conversation with the entire team, once many of the stronger feelings have been expressed and are not in the way.

Doing so will give Susan more confidence that she can speak up about concerns she has about a task or personal problem. It will signal to the team that you are a leader who will be open with them – even vulnerable, at a certain level. And that will help the entire team mesh more closely.