Pulling Your Team to Success

Previous Next
Pulling Your Team to Success 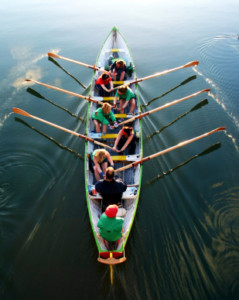 Have you ever flipped through the channels on your TV and ran across a strong man competition? You know the type – one man attempting to move a jumbo jet so many feet, and the man who can do it in the fastest time wins. Let me ask – Are they pushing or pulling the jumbo jet? If you said pulling you are correct. Do you know why? When you pull something like a jumbo jet you are using leverage to your advantage. The exact same thought process holds true when building a team – you cannot push them to be great – you have to pull them to greatness.

It goes without saying how critical the concept of leading by example is. Over the years, the catch phrase has become, “Don’t talk the talk, if you can’t walk the walk.” The more involved a leader is, the better, so long as it is involvement and NOT micro management. The team needs to know the leader believes in them, and that the leader is part of the team.

The founder of a landscaping company in suburban Washington, DC, has an amazing crew of workers. On one job they did for me, his foreman/team leader for the project told me he had been with the company for over 20 years. The average tenure for the workers on that crew was over 10 years. In an industry where employee turnover is higher than most, the founder said, “It is about treating them right, and working alongside them.” The team leader did this throughout the entire day. When the founder dropped by later in the afternoon, I noticed that he hustled right along side of the hourly workers. This assisted in the development of trust from the team. The founder not only talks the talk, he walks the walk every day with his crews. His participation with the team has developed trust and fostered respect with each team member.

If your organization is looking to reduce employee turnover, develop long-lasting and high-performing employees, elevate your team from mediocrity, and create a team that delivers results, simply follow these eight simple steps of successful teams:

Following and implementing these strategies will help develop any team, at any stage by building more confidence and greater morale among team members, creating more trust across job functions, and ultimately increasing productivity for the future.