How Are Your Followership Skills?

Previous Next
How Are Your Followership Skills?

Being a good follower is tough—probably tougher than being a leader.

How many leadership programs have you attended in your adult life? When did you attend your first program? 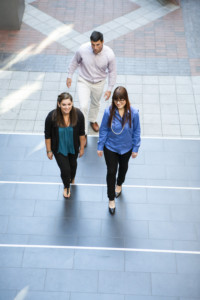 Now when did you attend your first followership program? I find it somewhat ironic that organizations are spending massive amounts of money developing leaders (don’t get me wrong they need this, too) and almost nothing to develop the followers. It is like they expect everyone to understand how to follow. Think about your organization; how well do the members follow? What is interesting is that each and everyone one of us, while we may be a leader, we are also a follower.

Just after the Presidential election in November of 1992, General Colin Powell, Chairman of the Joint Chiefs of Staff to President Bush, was called by President Elect Clinton. He was asked who he thought would be a good Secretary of Defense. In essence, President Elect Clinton was asking for input from General Powell about who he thought would be a good next boss. Many think of General Powell as a leader, which he is, and yet he is also a follower.

Are you a good follower? Where did you learn your skills? Is it possible to be a follower and a leader at the same time? Of course it is. How easy is it to change from follower to leader?

This is where the waters get a little muddy to say the least. Leaders are not just those in the position of leadership or management. Leaders are those who have developed a following. Managers just bark out orders. Which kind of leader are you? In essence, a great leader is also a follower on the same team. He/she knows when to step up and lead, as well as when to let others take the lead. In today’s world, we are changing teams more times in a day than our parents did during their entire career. This means that at one instance we are leading and in the next moment we are following.

We are all followers in some shape or form. Some followers are those who are rarely committed to the team goals – they have learned not to rock the boat and just seem to skate by. Being a good follower is tough – probably tougher than being a leader. Being a good follower does not mean just saying yes at everything the leader says – in fact some of the best followers have challenged the leaders and ultimately made the leader even better. Others are those who are headstrong even cynical at times and alienate themselves from the rest of the organization. They describe themselves as “rebel stirring the pot with healthy skepticism.” There are several key traits to recognize in order to be a good follower.

Recognizing the type of follower we are is just the beginning. We are not always right and being secure enough to admit when we are wrong is a critical part of life and understanding our follower faults is huge step in the right direction. Do not be afraid to challenge the leadership in a healthy way – play the devil’s advocate and help the organization raise the bar. Then when you are in the leadership role be sure to remember that is what you want as well – you want others to challenge you so that you too can become stronger and help build an organization with greater focus, cooperation, productivity and impact.